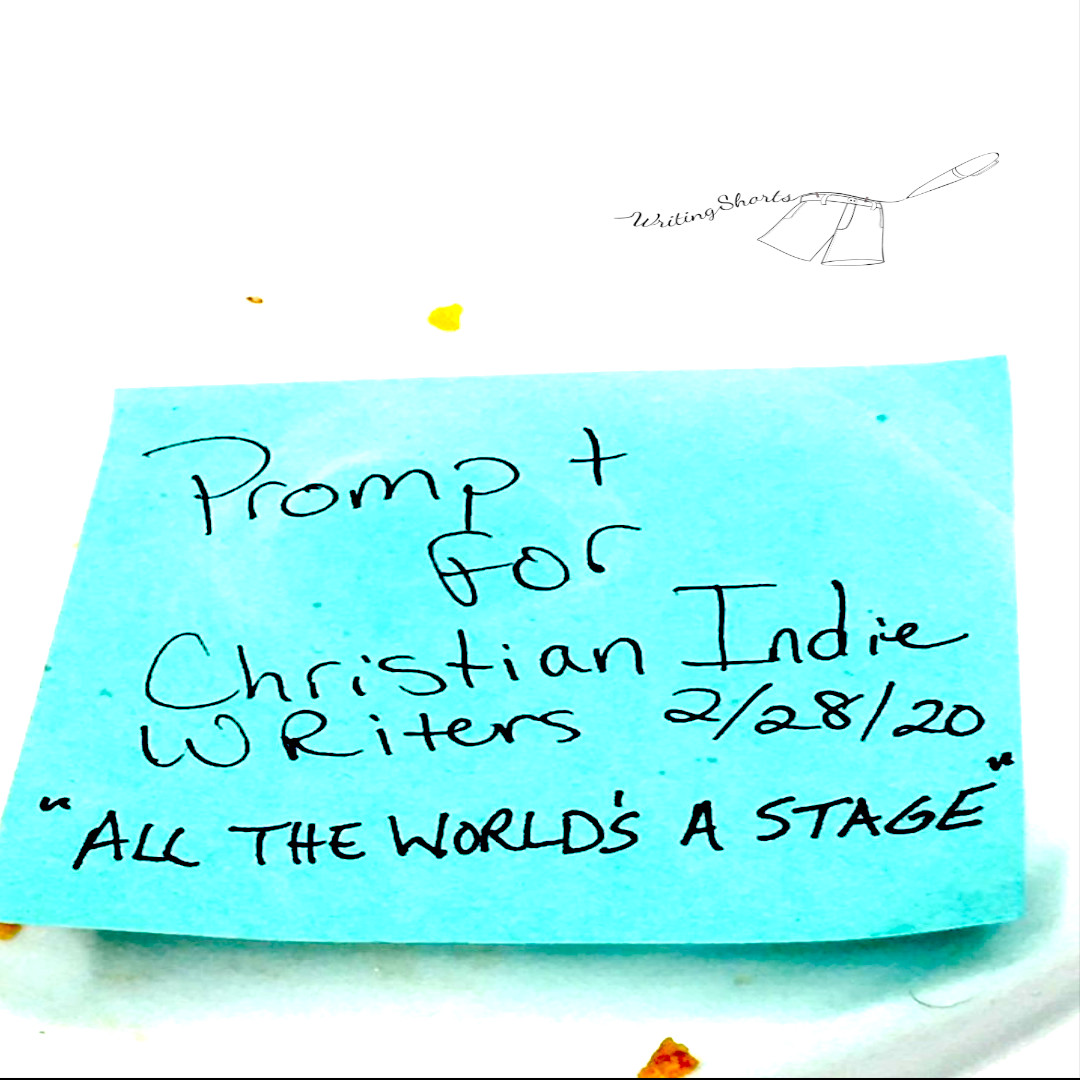 I’m going to start keeping my writing sprints for The Christian Indie Writers’ Podcast here. Join in if you’d like! Take a stab at the prompt then post to TCIW’s social media accounts.

REMINDER – the rules state NO EDITING before sharing, so this is likely rather rough. Here Goes:

PROMPT: “All the World’s a Stage”

The clementines were gone, their peels gathered like trophies in heaps near the porch-perched bottoms of their consumers, except for Scotty, who had become Babe Ruth, tossing his peels up and whacking them with a stick Marly had been using for fetch.

“Old Ruth’s not feeling his wheaties today, let’s see if he can pull us out of this…”
“This one’s headed for the fences, folks,”
Lynn and Vichad watched his shenanigans as they’d sucked the juice from segment after segment with the indulgent leisure of children on summer vacation, but now the fruit had been eaten and the trio of friends were left to fill the rest of the afternoon with something else.

“There’s never anything fun to do,” Scotty complained, slamming a fist against the left leg of his dungarees. Lynn, who had been very careful while eating her snack, tried hard not to think about the uncomfortable sensation Scotty would endure when next he opened that fist, the skin, brushed with watered-down super glue that was orange juice sticking together.

The three friends sat in agreeable glum over this sentiment, the sun beating down on them like a blanket fresh from the dryer.
“I have an idea,” Lynn said, her finger taking a “eureka” stab at the air . “Let’s put on a show.”

“You mean like a play?” She tilted her head a bit in her customary way, which was so much like the RCA dog, Victor that she had been blessed with the moniker, “vic” at a very young age. Lynn realized now she had no idea what Vics given name was.

“Yes, like a play,” she said, making a mental note to ask Vic about her name sometime soon. “We can have scenery and costumes and everything. We can ask our parents to come and see.”

“Aw, I ain’t putting on no sissy costume,” Scotty swiped away the idea with one of his sticky hands.