Click Here to Return to the Writing Sprints Main Page

Today’s Prompt: “‘Twas the night before NaNo and all through he house…”
Watch me write this LIVE!
Watch/hear me read on The Christian Indie Writers’ Podcast

“Never have three words given men more ire than “some assembly required,” Jerry said, launching the multi-fold rectangle of yellowing paper across the room.

Actually, due to the heft of the paper, it flopped pathetically to the floor rather than launching, but I knew what he’d intended by the motion, so I was prepared to be appropriately sympathetic.

“Yeah, it’s kind of hard to put this together,” I agreed, glad nothing more was required of me, as I sat happily assembling the Lego dollhouse I’d purchased for the girls.

“Well, this is ridiculous and unnecessary,” he grouses.

You were the one who insisted JJ would want a unicycle,” I say, sorting through the tray for another white one-by.

“At least my gift is for him,” Jerry says, and I remove and set down my readers.

“What, exactly, is that supposed to mean?”

“It means, you don’t seem to be ‘struggling’ so much to get your gift put together. I don’t even remember seeing “dollhouse” on the girls’ list, much less, “lego dollhouse,” though I do seem to remember your childhood tales of folding down the corner of every page featuring the lego building kit back when your Mom still got the Sears Roebuck.”

“Look, just because you drew the short straw and had to deal with JJ’s gift this year-”

“We did not draw straws.”

“We’ll, you’re the man, you should be the one to buy the boy’s gifts.”

“But you’re the one who actually shares his interests! You should be the one buying for him.”

“Jerry, if I got him a lego kit, he’d want to put it together himself.”

“Wait, what are we even arguing about?” I say, after a diffusing moment behind my glass of iced tea.

“I’m just frustrated,” Jerry says, and I have to cover my laugh with another sip of tea. My poor husband is ankle deep in chrome and rubber and gaskets and bing crosby is ridiculously singing “silver bells” in the background.
“What’s so funny,” Jerry asks, noticing my laugh, after all, I guess.
“Nothing. I say. I stand and move to where he is and slip my arms around his waist. I lay my head on his chest. “The Christmas Song” by Nat King Cole comes on and we stand quietly for a moment. I am glad to hear Jerry’s heart settle into a gentle rhythm alongside the music.

I am enveloped in the love and light so celebrated during this season of hope, and think about our many blessings and trials since the last time we were in this room together, doing this very thing. I become overwhelmed with love.
Just as I’m  beginning to wonder if things might turn romantic, the disc jockey picks that moment to spin “Dominic the Donkey.” Jerry of course starts moving his knee in a bobbing motion along to the song, and I know exactly what needs to happen.

“He-haw, he-haw”, I sing along, and jerry starts galloping around the room as thought riding a horse.

Laughing, I pick up an allen-wrench and retrieve the directions.

“Now, let’s see if we can tackle this together.”

“I should have known it would never work.” Karen jammed the cigarette into the overflowing ashtray with a ferocity that belied the even her of his voice.

“You ran the numbers, it was a promising investment.” Kevin flipped the folder he was holding closed and slid it gingerly across the desk to his client.

“I’m sure you’ll want to liquidate. You should give me a call when you’re ready for me to bring in my people.” he stood to leave, but she said his name, and he turned back to look at her. For the first time in forever, he saw her the way he’d seen her for the first three years of their relationship, when she had still been able to make time for rollerblading in the park and submarine sandwiches down by the pier.

Her suit was well-tailored and her eyes were dry – she’d laid crying aside as easily as she’d shed her second skin, or maybe it had been her third, her first being the woman she thought she’d become during grad school, her second being the woman she was when she’d been married to him – but still she looked like a little girl behind that big polished desk.

“What is it?” he asked, recognizing he was letting his fear drive his impatience. He closed the door and turned to give her his full attention.

She pressed her lips together, and he thought he might have noticed the glint of a tear. Finally, after an eternity during which every moment with her spun through his mind in a dizzying array of conflicting emotions, when the turmoil she’d caused him since the day she’d walked into his life started to feel unbearable, she spoke.

“I really appreciate what you’ve done for me, but I will no longer be requiring your services.”

Today’s Prompt: “If only the directions had been more clear.”
Watch me write this, LIVE!
Watch me/listen to me read this on The Christian Indie Writers’ Podca

He had only been to Ikea once. It was to buy that ill-fated bookcase, the one upon which a stack of novels sat, waiting to be read – until the day he left, as it turned out – with nary a mote of dust disturbed on the slick, glossy covers.

He wondered now about the fate of the other objects in that rented room – the refrigerator with the slow leak, the stove with only three working burners. He wondered if they stood, like sentries, watching over the comings and goings of new tenants, or if they, like the bookcase, had met a sad end.

“Could have got a nice bit of money for that fridge at the scrapyard,” he mused, then cursed as he realized he’d said the words out loud – at least according to the raised brows of the lady in fancy shoes having coffee with her red-faced girlfriend at the counter.

He picked up his fork and shoved the hashbrowns around on his plate, but his appetite was gone now, spoiled like that old bookcase.

He’d left it for her – this first thing they’d ever purchased together. He remembered making the decision to do so as intentionally as he had made the decision to propose all those tumultuous years ago.

And she had put it on the curb.

He remembered seeing it for the first time, in a mid-november drizzle as he drove past – only three months after he’d moved out, and only two days after the new orange Chevy started parking overnights in her driveway.

He’d driven by to see it – the nightstand, not the Chevy, though its monstrous form in the driveway looked every bit the challenger – every day thereafter, knowing on Wednesday morning the trash collection made its weekly rounds.

More than once, he’d thought about picking it up.

Only once, on Monday night, he’d stopped.

Today’s Prompt: Use these five words: nut, thoughtless, jewel, order, analyze
Due to technical difficulties, LIVE viewing of this sprint’s creation is unavailable
Click this to Hear/Watch me read this on the podcast

It was thoughtless of me to make a nut roll for the gift exchange. I knew about the allergies and dietary restrictions. Somehow, I couldn’t bring myself to care as I dug in the pantry for last halloween’s stale marshmallows and cobbled together enough powdered sugar from the remnants of four opened bags.

I looked at those ripped empty sleeves – one of them apparently ripped open by my teeth in a moment of frustration (will those kids ever learn to put those scissors back?!) and marveled at how much powdered sugar I managed to go through, in spite of my resistance to anything remotely considered ‘domestic.’

“That’s the allergy I have,” I mutter to myself. I’m allergic to homemaking.

“Mom, I just got a text from Jenny,” my teenaged daughter enters the room as though a fleet of trumpeteers had just minutes ago announced her arrival. I love her confidence and admire the work she has done on her posture but I make a mental note to order that parenting CD I’ve had sitting in my Amazon cart for the past two weeks.  “She is bringing Craig to the party. Can you believe it?”

“After the way he treated you? What kind of friend is that?”
“I know, right?” Her anger is as flimsy as the top she is wearing and it disintegrates like gelatin in warm water when she sees my mixing bowl on the counter.

“What are you making?” She has that certain look on her face so I pre-emptively correct her.

“Keep your hands out of that bowl, young lady.” She frowns, then picks the bowl up and sniffs.

“It ought to. I used that expensive vanilla your Dad’s boss brought us from Puerto Rico.”

“What is it? Or are you somehow punishing me by withholding that information?”

“Don’t you want to be surprised?”

“Absolutely not! You know how I feel about these things. I need to know there’s going to be something at least remotely palatable before I go so that I can eat in advance if I have to.”

“How does that work?” I shake my head. “I spend an arm and a leg on all thse ingredients-”

“Mom, you literally scrounged this stuff from the back of the cupboards.”

“…and that’s what is supposed to feed you tonight, not still more food from my vastly depleting reserves.”

“Okay, so I guess I’m hitting Burger King beforehand?”
“Unless you think you can fill up on a heaping helping of nut roll.” 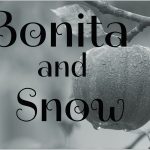